The Politics of Pricing

Recently, I have been watching Dr. Lewis Pulsipher's videos on how to price downloadable digital content. And no I did not throw myself off a bridge right afterwards.

I’m more about books than video games, but this did push me to think about the never-ending headache which is the matter of figuring out what to ask for what you create. Striking the right balance is no easy feat. Too far to the cheap side and people will dismiss it as crap. Too far to the expense and they will laugh in your face. The margin seems to be growing thinner every day. Like a tightrope walk across a razor wire, you have to wonder what will happen when the two sides eventually cross and the price which once was too cheap becomes too expensive. 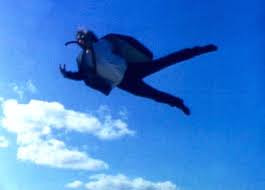 A TALE OF TWO PRICES

It seems to me that when it comes to prices every product has two of them, a Value Price and a Buying Price.

The value price is a static price. It is the most anyone could be expected to pay for an item. Its real purpose is to give an impression of worth. The prices printed on dust jackets are value prices.

The buying price is a flexible one. It is set by the economic climate and the state of a product’s lifespan. The .99 cent sticker slapped on the dust jacket of a book relegated to the remainders table? That is a buying price and a miserable one at that.

The problem with the internet is that it runs like a vending machine. You post your book for sale, set the price, and only occasionally check in to see how it is doing. In many ways, this set and forget method is a good thing. You can sell stuff without having to be present to make the transaction. You can also be passed over by millions and left clueless as to why, which is what I think instigates the notorious race to the bottom.

My book isn’t selling. It must be that the price is too high.

I’ll drop it down as low as it can go and make up for the loss with bulk sales.


Bulk sales which never come because your internet price is both a value and a buy price. At $0.99 cents you have relegated it to the trash bin. Unless people know that your book should retail at $14.95 they’re not going to be excited to find it for $0.99 cents.

Maybe this is why coupons and special promotions are so important. They allow you to maintain the appearance of value while enticing people to buy at a reduced price. Which would you rather buy? A book that normally sells for $14.95 but today can be had for $4.95. Or a book that always seems to sell for $0.99?

BE HONEST NOT MODEST

Publishing has a lot in common with fishing. To be a good fisherman you have to go where you know the fish hang out. You have to offer them something which resembles what they normally eat. You let them nibble the bait a bit before setting the hook. Then you drag your reader into the boat, skin and gut ‘em and fry them up for dinner.

Although this also shows where the parallel stops. A fish you only catch once. A reader you want to catch over and over and over again and have them happy to come back for more.

Personally, I think you should write for yourself and then your friends, and maybe if it makes sense you should sand off one or two rough edges to make your work more palatable to that big effluvial mess known as the market. At least that way you will never disappoint those who matter most. Ultimately though, you do have to go to the market, see what is for sale and decide where you want your book to sit. If you notice that most of the ebooks you love and respect are priced between $8 and $12. That is where you want to be.


Then why are you publishing it? It’s obviously not done yet. Is it a stinky cover? Get a new one. Is it unpolished writing? Do another rewrite. If the whole thing simply sucks then consider it practice. Push it aside. Do not publish it. If you can come back to it later and build it up to something worth publishing then do so. Otherwise, you are doing yourself a favor by leaving it behind.

Modesty is a good thing. It keeps people from coming across like self-aggrandizing jerks. But it can also be creatively stifling. Overly modest people often start to believe the effacing they do to themselves, that their place in the world is beneath greater people. They repeat this belief until they conform to it and ultimately are left with a low level of being with no way out. It is just as much a trap as bragging way above and beyond the obvious.

Modest or immodest? I think the most important thing is remain honest. When it comes to the end point of publication I think writers need to step away from themselves, forget all the work they have done or what they may be asking themselves to continue doing and just look at the work objectively. See it as someone who just came across it on the internet.

Honestly, how much does it seem to be worth?

And what could be done to make it worth more? As in those aspects you can control. Waving a magic wand and turning yourself into Stephen King doesn’t count.

It is also good to realize that there is no silver bullet price, no point where you can price your work and make automatic sales. The sale will come down to how good your work seems when first encountered. Continued success relies on how good it actually is. We may want the internet to change this but it never will. Even with kickstarters which sell promises instead of product, failure to deliver will eventually come back to kick the kickstarter in the butt. It's just a matter of time.

The world is a very unfair place. Established authors will continue to fart on paper and have it sell millions while unrecognized geniuses panhandle the interstate exits. But anyone who looks back at their grand failures to realize that they tried hard and what they created did deserve to succeed. They will at least find contentment, if not continued hope for the future. The author who looks back to find a bunch of half-baked works with ugly covers and reams of scrappy typo-ridden pages, all priced to sell at bottom of the barrel prices?
Posted by JD McDonnell at 12:28 PM