On The Value of Reality 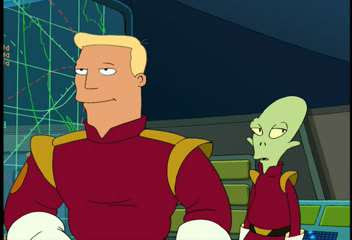 "They quite literally make you harder to hit. But in most D&D and its derivative systems shields rarely offer more than a minor bonus to armor class. I understand this is done for the sake of balance and that realism isn't something that is of prime importance when it comes to fantasy RPGs - but this method always struck me as... well... wrong."

That comes from a blog post about shield use in D&D and Spahn is on the mark but it's not the shield bit that interests me. It's the comment "realism isn't something that is of prime importance when it comes to fantasy RPGs - but this method always struck me as... well... wrong."

The truth about reality in RPG's is that we cherry pick the reality we want. Having shields work the way they do in real life matters. Gangrene? Not so much. Yet for some reason people can't bring themselves to see this. They always gravitate to one side of the issue or the other and seem to believe that the worst thing anyone can do is sit on the fence between the two. You're either dirty and gritty and calculating the ballistics of every shot, or you're riding pink unicorns across rainbow bridges in puffy cloud land.

My thought on the matter is that your opinion does not matter.

Not to yourself or anyone else because we all have this reality replicator inside our heads called an imagination which is always open to suggestion yet quite defiant when it comes down to matters of control. You can tell it to see shields operating in the traditional inept D&D fashion and your imagination will groan like Kip from Futurama and comply, but it won't stop thinking what a big idiot you are for believing that armor is more important than a shield.

So while it is good to have a game that runs smoothly despite having as little processing power as can be afforded by pencils, paper and dice, it is also good to aspire towards an accurate representation of the Real. It's what your mind wants, and it will keep your imagination happy, even in spite of yourself.
Posted by JD McDonnell at 4:19 PM