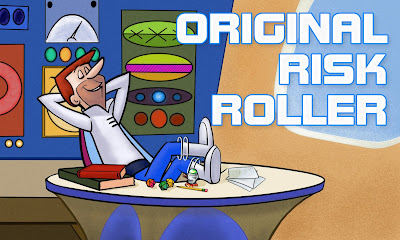 A roll of the dice is the matter of uncertainty being resolved, and one of my biggest problems with the 1d20 roll is that it provides a static amount of chance. There’s no gradation involved. You go from a world of perfect certainty where the player says “I do this thing” and the GM says “ok, sounds reasonable, you do that thing” to one where you stand a 1 in 20 chance of having the earth open up beneath your feet and suck your character into a volcanic vent (figuratively speaking, of course). 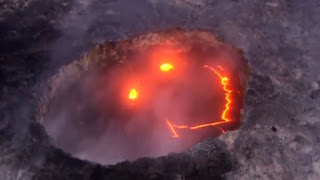 So with my first attempt to deviate from the standard d20 roll I focused on giving it some gradation. First off the abilities were changed from scores into modifiers. Subtract 10. A Strength 14 becomes Strength +4. I also turned Strength into Muscle so as to free up the word. I do have a few hang-ups one is making sure that a term is not used more than once per thing. So Strength now refers to the sum total of your modifiers and die roll. It is literally “the strength of your action” a measure of how well your character did with whatever you were doing.

I also changed the score value structure to use just one range of numbers for explaining everything.

Average is the success point, so you need a 9 or better to succeed at what you are doing. A Half success is exactly that. You partially succeeded. You jumped the abyss but are now dangling on the other side by your fingertips. The single numbers next to the descriptions are success counts. A great success is two times better than an average. Terrific is three times. This becomes more obvious in combat where they multiply the damage done.

Every action a character makes ends with a risk roll of the player’s choosing. BTW, a critical fail happens when the dice roll the lowest number possible. A critical success happens with the greatest. A roll of 3d6 crits on a 3 or 18, not a 1 or 20. Special thanks to anydice.com for the probability app these screen snips came from.

Low Risk = 3d6 = Most people take little to no risk in doing what they do on a day to day basis, and this is what they use. 3d6 has a nice probability curve which will do a lot to make sure that a 9 or 12 turns up with only an occasional surprise venture out towards the edges of 3 and 18. 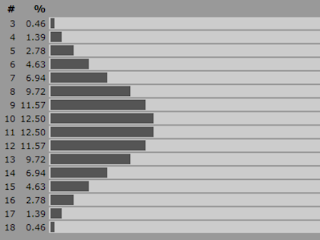 Medium Risk = 2d10 = This is the adventurer’s roll, the one recommended to new players. The curve on a 2d10 is more of a pyramid than a bell. You will most likely roll somewhere between 7 and 14 with a better possibility of rolling a 2 or 20. 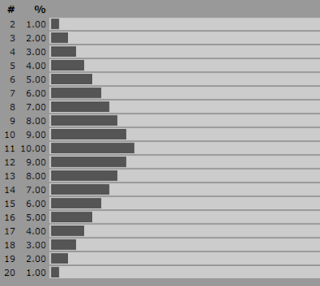 High Risk = 1d20 = And this is the wild die. This is a character risking it all to succeed. With a 1d20 you have an equal chance of rolling anywhere between a 1 and 20. 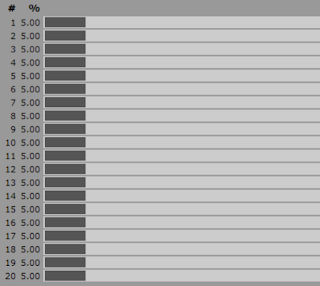 Lazy Risk = 4d4 = And this is what utter slackers roll. Just kidding, although the curve would fit in as something less risky than a 3d6. Asking anyone to roll 4d4 on a regular basis? That’s just cruel. 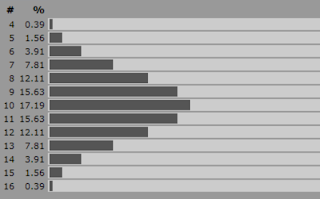 No Risk = 10 = This option is for GM’s only. You take a 10. No risk is taken, nothing gained and nothing lost. It is not very believeable but it does help when dealing with huge hordes of creatures.


HOW DOES IT WORK?

Actually, it is not all that different from the standard 1d20 roll.

1.) The character does something.
2.) The GM asks for a check (the GM can impose a modifier to make it harder or easier).
3.) The player chooses the risk they want to take.
4.) The dice are rolled.
5.) Everything is added together.
6.) The adventure changes course depending on the action strength.


WHERE IT FALLS SHORT.

This is actually a pretty good alternative to the 1d20 roll which does not totally abandon the 1d20 roll. It gives players the option to take less risk when they feel the need to but it also imposes “a no guts no glory” aspect on the matter of dice choice.

I think I dropped it because the system just did not deviate enough from the norm. You can tell people to always end their action with a risk roll but you know that force of habit will bring us back to starting our actions with a die roll and wasting too much time deliberating over modifiers afterwards.

There is also the matter of the die rolls themselves. They sound great in theory, but rolling 2d10 and 3d6 on a regular basis becomes quite tedious quite quickly. The math is simple and small but the repetitive nature gangs up against it. 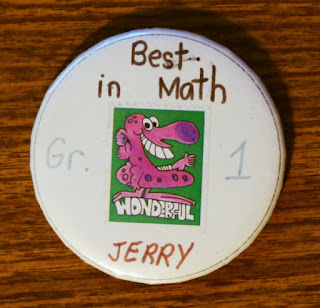 (trust me, I know all about the basic math)

From a player’s perspective there is not a whole lot to be gained from rolling 3d6 or 2d10. Sure you are better protected from critical fails and failing in general, but players don’t often think in that direction. When we roll the dice we want to win and win big. A 5% chance at rolling a critical success sounds a lot better than a 1% or a 0.5% chance which is what you get with the other rolls, even though it also means running a 5% chance of a critical fail.

Another problem is that you are a little too protected from failure. Granted the goal is to be as successful as possibly, but all you need is a Ability +4 or better and you will never fail at anything you do.

And so the original risk roll was abandoned. It wasn’t bad, much in the way that the traditional 1d20 roll isn’t all that bad either. It just wasn’t a whole lot better. Change is so hard to bring about that anything less than significant change isn’t worth the work.

Up next, a second and exceedingly different take on the risk roll. Stay tuned….
Posted by JD McDonnell at 6:57 AM