How The Dice Work


Alright, so now you know what the dice feel like, how do they actually work? It couldn't be simpler. Characters are made of attributes which you will know by the die attached to them, such as Muscle d6 or Charisma d8. When you go to make a check you roll two of that kind of dice and use the best number rolled. This is the Strength of the action and it uses the following table to tell us how well it all went. Everything above 3 is a success of some sort....

If the action is a hard one you roll only one die. If an easy action you roll three dice. But what if it is a very easy action? For this we turn to the Dice Tree which appears in the margin of the character sheet. At base it looks a bit like this.

There are two successes above mind-blowing (21 to 28: Stellar, and 29 to 30: Colossal) but these happen so infrequently they are left to the GM to decide what they are. The rest of the successes are described by that action at hand. For example combat. When a character swings a sword that weapon does a set amount of damage which the success multiplies.
A sword with a damage rating of 8 will do 4 hit points of damage with a little success, 8 with a normal, 16 with a great and so on. At Stellar or Colossal we would probably leave the matter of points behind and just cleave the beast in half. But up to that point it is all done in an OSR context where a sword normally does 1d8 damage and a creature will have anywhere from 5 to 40 hit points. If the damage done seems a bit high, well there are reasons for that, one of which is armor that reduces damage rather than making you harder to hit.

Where Did It Come From?
The Dice Tree is a relatively new addition to the game. Before it the system used nothing but d10's and you had a choice of 1d10, 2d10, or 3d10 with a kind of Advantage/Disadvantage system. Attributes were marked by modifiers which were added to the roll. Complications brought on penalties which subtracted from the roll. The final strength of the roll was then compared to a table which told us whether or not it succeeded or failed. It even had its own volvelle to help speed the action along. Providing you had the time to print it out carve it up, paste it down, laminate it, etc.

I got sick of working on the game and to get away from it decided to write a module for Crimson Dragon Slayer called Monkey Mountain. For this I really needed to dig into the CDS system and understand how it works. For all the dorky and half-baked things that CDS does, much of it is borderline genius, including its method of action resolution.

In CDS you roll multiple d6's depending on the complexity of the situation. Usually from 1d6 to 3d6 but with the possible option to take it all the way up to a god-mode roll of 7d6. A roll of 1 is the worst, 2 a normal fail, 3 a partial fail, 4 a partial success, 5 a normal success, and 6 a critical success. If you roll multiple criticals then so much the better because these give you "Dominance" bonuses that make you do more damage etc.

What I liked about it, is the swift immediacy of it all. With the CDS game you often have to appreciate it for what is not there as well as what is. Note that there is no adding modifiers to the roll. There is no trying to beat a certain number. There is no reading the roll and counting the number of successes based on how many dice beat a number. No. You simply roll the dice, find the greatest number rolled and immediately know how you did. You could replace the numbers with glyphs and the system would work just as well.

What I didn't like about it. Well, for one thing it uses nothing but six-siders which are the most boring dice around. Really good rolls do become a matter of counting successes and then having to consult the Dominance table which means slowing the game down. There is also some questionable probability afoot. With a 3d6, 4d6, or 5d6 it becomes incredibly easy to roll a 6, incredibly hard to roll a 1 or 2 and yet still quite hard to roll multiple 6's. Not a deal breaker by any means but you can only let the pool grow so large before it becomes too predictable. 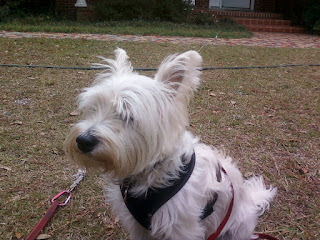 One day while out walking the dog - which is where all of my best thoughts come from - I was pondering something like the same system but using different dice like the d10 or the d12 to try to skirt the Dominance table, and I just happened to think of tree climbing and how much I used to love it as a kid. The two thoughts collided with an image of a tree where different dice sat on different branches, zig-zagging to the top. I expanded on the notion, straightened it out and the Dice Tree was born. It was originally going to stop at d12 but I wanted all of the original dice to be there, as well as the d30 so I could finally have a use for the thirty sided die I bought back at Scrycon '83 but have yet to use in any game.

Why is it a Good Thing?
Immediacy. Like CDS, possibly even more so, it has that feel of rolling the dice and knowing how well you did just as soon as the dice stop rolling, not a few minutes later after time spent consulting various tables and rolling more dice.

Brevity. I hate clutter. When you come upon Swords & Clubs d10 that is all you need to know. There is no translating it into a bunch of different statistics, no wondering what the numbers mean. The d10 is your die and if nothing says otherwise you roll two of them to make your action.

Table-Feel. Which is a bit like Mouth-Feel when it comes to food. Maybe it's just me but nothing feels weaker than rolling a single die, so it's only fitting that the most dangerous roll - the one most apt to fail - is a single die roll. If you're rolling just a single die you know you are in trouble, but two or three dice at a time? Sure no problem!

Abject Terror. The same goes for the dice themselves. The four-sided die sounds weak. It tinkles on the tabletop, but as the dice grow bigger and heavier so does the sound of confidence in their clatter. A roll of 3d20 sounds like thunder on the table. In other games, modifiers mean something but they don't have a tangible presence. It's always the same roll of a 1d20 over and over. In the Red EFT when you go up against a creature its level of ability actually makes a sound. The GM can hide the die roll but there is no mistaking the difference between a 3d4, 1d8, 2d12, or - gods help you - a 3d20 or 1d30 when you hear it.

Probability. I'm not a big math person but I do know how to write a program that simulates a few thousand die rolls and plots the outcome on a curve. I did this for the system and the die tree works, just so long as the progression doesn't go beyond a roll of three dice. Despite the increased risk of failure it is still better to roll one die of a greater value than three dice of a lesser value. Not so with four or five dice of a lesser value.

The Dice! And it makes use of all of the polyhedrals. It even gives them some character, which is awesome.
Posted by JD McDonnell at 8:56 PM