Another Thursday another blog post. Damn these things come quickly! Today we get two related excerpts from the Red EFT Game Masters Guide on Perception Checks. This one is going out to Mark Abrams who runs the Elthos web project and he knows why.
Go check Elthos out when you get the chance. 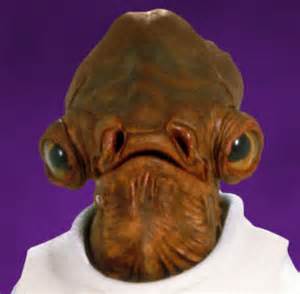 In many games the perception check is seen as the root of all evil. Characters burst in a room and immediately roll the dice and say, "I make a perception check, what do I see!?"

This gets truly annoying after awhile.
For the game master at least.


Often this stems from somebody somewhere springing a trap on the players because they failed to voluntarily ask for a perception check. The Red EFT separates the perception check into five senses for two reasons. First, it was done in hopes of agonizing even the most ardent player out of barging into every room and splurting out, "I make a sight check! I make a hearing check! I make a taste check! I make a touch check! And I make a smell check! WHAT DO I SMELL!?!?!"

The trade off is that you as Game Master have to be vigilant in cluing in your players to all they perceive. As is said in the player's handbook a character's senses are going all the time. If characters smell something out of the ordinary - tell the players this – then have them make a Smell check to see if they can place that scent. Just be sure to never penalize them for not asking to make a smell check.

The second reason the sense attributes exist is to remind people that they do actually exist. All too often using nothing but a perception check leads to a whole lot of sight and a little bit of sound but almost no taste, touch or smell. By putting the five senses on the page this reminds us of that characters do have them. Tasting an ogre is generally not a good idea, but if an ogre tastes a character, spits him out and wanders off – that makes for an interesting game.

Long ago in the days of yore, everyone carried a ten-foot pole no matter where they went – dungeons, taverns, dance-halls, churches, forests – there was always the possibility that a pit trap lie in wait, one that could only be detected by either falling into it or by constantly tapping in front of oneself with a ten-foot pole. It was utterly moronic and often slowed many a game to a crawl, so much so that it sprouted its own name - The Ten-Foot Pole Problem.

The real problem was not the pole but the way early games handled traps. If a player stepped on a square containing a pit trap, it opened below them and they took damage, glossing over the fact that players cannot see anything a GM does not clue them in on. Like a blind man with a cane the only safe way to get around it was to constantly tap out in front of oneself, or send forth a small army of fanatical hirelings to clear the path.

Later on the perception check came into being to replace the ten-foot pole. The problem remained but with a new look that actually made matters worst. Instead of having to endure players saying they were constantly tapping out ahead of themselves with a ten-foot pole they began rolling the dice and declaring a perception check with every step they took.

Traps are fun, devious fun for everyone. Nothing wakes people up quite like a pendulum blade slicing out of nowhere. It not only increases the danger of the situation but it also tells players that they are probably getting close to something interesting. Otherwise there wouldn't be all these traps scattered about.

It truly cannot be said enough: do not penalize your players for failing to make an action they did not know they needed to make. Once you do this it will set a precedent that will cause them to instinctively make that check whenever they encounter anything and it will drive you crazy. On the whole it is best if your players forget about the mechanical side of the game and let you tell them when a check needs to be made.
Posted by JD McDonnell at 9:51 AM