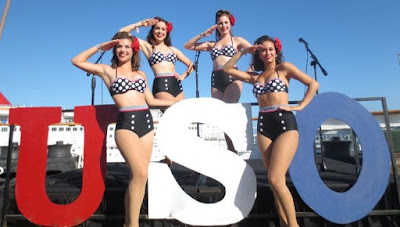 After the "white male terrorist" fiasco of last week I think we need a change of pace. Let's talk about morale, no not the die roll you make every now and then to see if a monster decides to flee during combat. I mean actual morale and how it works in the Red Eft.

In truth I have never liked the way D&D's handles morale. Whether it be AD&D's byzantine code of conduct and how it might effect retainers or BX D&D's simple roll of 2d6 to see if a creature sticks around or flees - morale - more than anything else seemed to me like proof that 70's/80's D&D was secretly meant to be more of a pencil & paper based video game rather than an actual role playing game. Morale is what separates a Dungeon Master from a Referee. A good DM actually thinks about the situation at hand and has the monsters react as they should. A Referee looks up rules and figures out what dice to roll. A Referee does whatever the rules say, about as much of a player of the game as an actual referee in a football game.

A Referee is a 16kb computer in human clothing.

Well, anyways, the Red Eft's treatment of morale isn't anything like that. It's about actual morale. I started thinking about this a few months back while watching a documentary on USO shows during WWII and how important they were to the war effort. Morale wasn't seen as a matter of fight or flee on the battlefield. When someone's life is in jeopardy they will fight to the best of their ability to survive. Decent boots matter more to soldiers than USO shows. Instead morale was about getting people to do a good job with everything else leading up to the front. People who weren't happy or had anything to look forward to generally did a crappy job on the day to day grind.

Differentiating between in-battle morale and out-of-battle morale seemed to be asking a bit much so what I came up with was this simple system for keeping track of character enthusiasm, aka Morale. On a character sheet it looks like this....

And in a game it works a bit like a gauge with extreme reaches at either end. Everyone starts with a pencil slash through the circle beneath zero. When something comes along to improve the character's morale that pushes the needle off to the right, but only if it can best what the character already has. A character at +3 morale would be moved to +4 morale by a +4 morale mover but unaffected by a +2 morale mover. The same also goes for morale killers that try to push morale off to the left. If at -3 morale it takes a -4 morale killer or worse to push that character further into a flunk.

Your morale is a modifier which applies to everything the character does. If your morale is at +3 then you are psyched and rearing and ready to conquer the world. Everything gets a +3 bonus. At -3 you can barely drag your lame ass out of bed. Everything sucks and takes a -3 penalty.

Where do these morale movers and killers come from? They come from all over the place and anything strong enough to influence the mood of the character. The classic clerical Bless and Curse spells both work through morale. Characters can inspire and depress each other. They can even do it to themselves by indulging in things they love or having to deal with things they hate.

Making morale as widely applicable as possible is something else that I love about this system because something which has always bugged me about RPG's is what I call modifier glut. Games get bogged down when you have too many modifiers coming from too many directions and each with a different amount of time that they can last. By funneling them all into the morale bar you end up with a place to keep them on the sheet, a way of keeping them from adding up to too much, and ultimately a way of getting rid of them once it's over. Morale naturally deflates on its own, drifting back to zero when nothing is happening.

I almost wish I could come up with a more original name for it. Morale as a word carries a lot of baggage, just like Initiative and Attacks of Opportunity, but I can't think of anything, and I kinda like what it stands for. It might just open up a new dynamic on the world of gaming. As I found myself writing in the guidelines for Indulgences, aka ways in which your character can move your own morale....
In the grand scheme of things, life can be boiled down to two activities: what we do to survive and what we do to feel better about our survival. RPGs have a long history of being very survivalist. It's all about hit points and doing as much damage as possible to whatever is trying to destroy you. While there is nothing wrong with this, matters of personality often become window-dressing that is easily pushed aside.

In real life, people play the piano during a bombing raid because it makes them feel better. People need to drink and they need to dance. They need to think seriously about why they do what they do, and sometimes they even need to sip mojitos on a beach in the Bahamas. In real life we often concern ourselves more with the quality of survival rather than our actual survival, so consider morale your secret weapon to making personality mean something amidst all the number juggling and die rolling that go into a game. 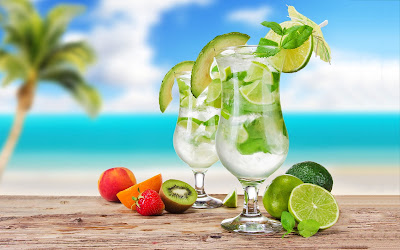 (Just to refresh your memory)