It seems as if everyone in the Tabletop RPG community has decided to go on a diet this summer, not for themselves but for the systems they play, condensing them down to Light Games, Pocket Games, One-Hour Games, One-Page Games. I'm waiting for someone to announce that they're going to try to shrink Pathfinder onto a single Bazooka Joe comic strip (ask your parents, kids). Slimfast Games.

But doesn't bikini season normally start in the spring?

I'm thinking this has something to do with the success of mini-systems such as the Black Hack and Sellsword. Two OSR games you can pick up, read on the ride over and probably have more fun playing than you would with the big games that inspired them. I wouldn't know, because I haven't had the chance to play either. Which may be yet another reason for the sudden surge in small games. If you don't have the time to play the small ones, how will you ever find the time to play the big ones? And why bother with a big game if you know that you and your friends will probably be ignoring most of it anyway, essentially playing it in a small way?

Of course, there is also the inevitable backlash. Grumbling from grognards who love big gnarly crunchy games where taking care of a room full of orcs can easily wipe out a few hours at the game table. Those who think that this is nothing more than a dumbing down of their cherished pastime. That it is a threat to an industry which survives by selling people encyclopedia-sized rule systems. That it could very well mean the end of civilization as we know it. Cats and dogs living together, mass hysteria, an all-female Ghostbusters movie.... 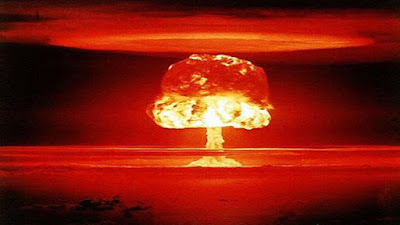 Personally, I'm not getting too worked up about it. But if forced to choose a side. I would have to stand with the dummies. Not just because I am a perfect fit for their dodgeball team, but because of games like Kurt Patz's Unchained Heroes. There is a beautiful game hiding inside Unchained Heroes but few people will ever see it because it has no easy point of entry. Its core rule book is a ponderous tome written to cover every possible situation and is explained in a way which kind of requires that you have already experienced an RPG and are gravitating to UH after some long term exposure to D&D or Pathfinder.

I wouldn't recommend dumbing down Unchained Heroes because that would ultimately necessitate chunking out much of what makes the game great. Instead I think it needs to be spread out. It needs to be something people can comfortably wade into and add on advanced rules as needed. It needs a quickstarter at the very least.

Granted, most quickstarters are useless. The quickstarter is the first thing you lose after opening the box. Star Frontiers had an excellent quickstarter, one which I remember my friends and I having so much fun with that we were disappointed by the full game (keep in mind we were 7th graders at the time). However, most quickstarters were stepping stones, something we leapt over as we dove right in. They did serve a purpose, though. They existed as a promise that the game could be set up and run with little to no effort in a matter of minutes. Even if it was never used, this was a promise that needed to be there to get people into their seats and ready to play.

And sometimes just getting people to the table is half the battle.

But what about games such as the Black Hack which seem content to never become anything more than what it is? Well, is that so wrong? If you want to make a more complex and involved adventure out of the Black Hack you simply move on to playing D&D or Pathfinder.

But! But! But! ( I can hear at least one of my three regular readers out there thinking, yeah, it's the guy in the back with the beard and the Snits Revenge T-shirt) - what if they never want to move onwards? What if they get mired in the Black Hack and find themselves never wanting to do anything more than continue playing a pencil/paper/dice version of the video game Gauntlet. 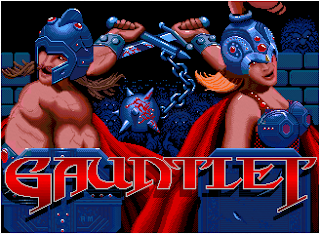 Because, and this is straight out of the Red Eft section on homebrewing....


Interest breeds a need for complexity.

If you have ever wondered how other game systems have blossomed from a thin little set of pamphlets to a ponderous set of encyclopedias.

It is not about being bored with the game and needing something new to do. If anything it is the exact opposite. Once a game has grabbed our interest we want more from it. We want to see just how far it can go in replicating reality in a fantastic way. A glut doesn't seem like a glut when you have slowly followed the game from the basic rules to the expert rules to the advanced, the companion, and all that will eventually lead up to that big lovable glut of rules which you will love and everyone else who didn't make that journey will hate.

Okay, for the most part. I did change a little bit at the end. But the idea is pretty sound. If it weren't we would all be playing Risus and nothing else.  This actually lends an advantage to larger games who do have an expansive sense of completeness about them. 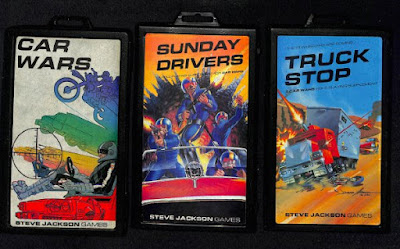 Car Wars was originally a mini-game. In fact, I think that everything Steve Jackson games did when just starting out could be purchased in a small black plastic box designed to fit in someone's back pocket (or so it was marketed). Its manual was just a few pages long and contained a fairly tight little game, but Car Wars wasn't prepared for its own success. It grew at a ridiculously rapid pace which ultimately ended up putting weapons and armor on anything that moved. By the late 80's it had created a big rules heavy bolus of a system that barely creeped along at a few miles per hour. Eventually, somewhere in the early 90's the system just groaned to a halt, its engine failing to turn over until that 20-year nostalgia machine brought it back with fond memories of black box games and cardboard collisions.

Steve Jackson games would capitalize on this with 5th edition Car Wars, re-releasing the system and taking a new rules-light approach which focused on small cheap manuals centered around quick battles with pre-made vehicles and no vehicle creation rules.

So how did that turn out Mr. Jackson?

It was flash in the pan. Sales were made for nostalgia's sake but very few people play Car Wars these days. This could be because video games can do this sort of game far better than the table top, but it could also be because 5th edition Car Wars is so limited in scope that there is nothing more you can do with it aside from waging the same old battle over and over until you are wallowing in monotony.

And that is why simple systems with no plans to expand, ultimately have nowhere to go.

Nobody wants to hear the thud of a ton of work hitting ones desk. Here, read this before the game, sucker! But everybody wants to go have fun with their friends and when it is over look back on all that has been done and be astounded by just how much they have effortlessly ripped through.
Posted by JD McDonnell at 7:01 AM