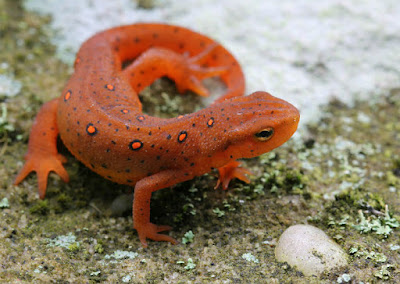 I look at other games, often catch something I don't like and wail, "oh my god why did you do that!!!" Sometimes I even go so far as to write the author about it (which they absolutely loooooove, not) but of course - duh - it's hard to change a game system after it has been dressed up and shipped out the door.

Well, here is your chance to wail at me for making the stupid mistakes I make - before - the game has passed the point of no return. I need some feedback. The link below leads to a zip file containing the white pages of the system books as well as a few scans of some sample characters. Take a look. Tell me what you think, and I will put your name in the acknowledgments section once it is published.

And if you don't want to be acknowledged but still want to tell me what you think. That's fine too. My email address can be found at the top of each PDF. Just be sure to include the phrase Red EFT in the message title so I can keep track of it.

So, what is the Red EFT RPG?
This is the latest and hopefully - last - incarnation of a game I have been designing, destroying and rebuilding since the early 90's. I would call it a medium-weight universal rpg. Something a bit more involved than Risus or the Black Hack but not nearly as big and cumbersome as Pathfinder or D&D. As a kid I got my start with Moldvay's B/X D&D and that has always struck me as the perfect amount of heft a game should have. Although the Red EFT is using something called "Fantasy Sandbox" as its starter kit and is very D&D inspired, it is not strictly a fantasy game. I chose that direction simply because it seemed easy and familiar. My actual goal is a bit more ambitious.

Your Actual Goal?
Yes. Total Global World Domination.
Just kidding.
Global World Domination would be redundant.
Since the late 90's I have been working on a way to create a computer program which would allow people to build and share their work online. The game would be developed over the internet but played in the traditional table top fashion. It started off as a windows app that used FTP with angelfire accounts and has since grown over a number of iterations to become a PHP/JQuery driven web-app.

The problem I've been running into all these years (and have been too deep into to realize) is that I have been spending far too much time developing the site and not enough fine-tuning the game. Every time I would make a change to the system it would take about four times as much time to update the site to match it. This created a Sisyphus style situation where whenever I would get near completion I would look at the system, discover a bunch of core changes which needed to be made and that rock would roll me back to zero.

About two years ago this happened again, but this time PHP was to blame. PHP 7 changed the way it accesses databases. It was a small change but one that would mean rewriting hundreds if not thousands of pages of code. I almost canned it right there, but I decided I would rebuild the site and system one last time. This time, however, I would make a critical change. I decided to push the site aside and work at hammering down the game in its entirety before redesigning the site.

Now? Maybe the game is not completely hammered down but it is pretty damn close, about as close as I have the time to make it. I have a different website which I have been reprogramming and will be ready to fly in February. After that release I am hoping to gut it down to a platform that I can use to build the new Red EFT site on top of, as well as that site redesign. Which means I also need those rules ready to go.

So this is it. I am getting too old to spend so much time designing tabletop RPG systems. There will not be another one, so tell me what you think about it or forever hold your peace.