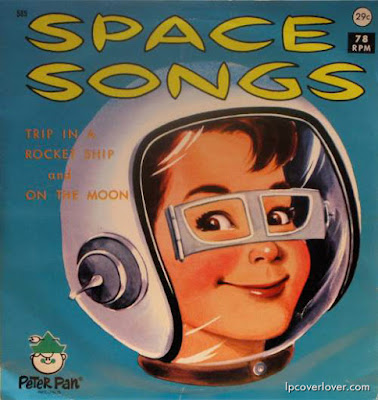 I was a problem daydreamer as a child. Teachers would tell my parents, “he’s a smart boy but his mind is always off elsewhere. He doesn’t pay attention in class.” I have no idea what my parents would say. They were probably off drifting themselves, looking out the window of the classroom, thinking about sailing on the Hudson. You might even be able to snap your fingers before their face to elicit a, “huh? What? Where were we?”

The nuts rarely fall far from the trees.

What I daydreamed about was myriad. I dreamt about the typical things: flying through the asteroid belt blasting space aliens, skiing away from James Bond villians, but I also spent time quietly pondering bigger subjects. Where were we before we were born? What happens after we die? Where did the old gods go? How long can my toenails grow if I stop cutting them? And what kind of a jerk was Einstein for positing the idea that nothing can travel faster than the speed of light. Didn’t he realize just how hard that was going to make it for me to travel to alien worlds? I so wanted to give that old guy a wedgie.

I also daydreamed about more mundane things. We moved around a lot when I was young. Back in the 70’s & 80’s you might write a letter or two to your old pals in another town but gone was gone. Phone calls were expensive and awkward. It was far easier to conjure them up in your imagination and somehow know how they would act and react to all that was going on. I may not be a great fiction writer, but I am sure that key to understanding how the fiction I have written actually manages to work is this. I know how to daydream. Early on I learned how to conjure up old friends and see the world through eyes which were not my own.

Why I was daydreaming is a different matter. From an adult’s perspective I was wasting time. Once you are out of school it is easy to look back on that time - which seemed unfathomably long when you were in it but ridiculously short once out - and see it as a time that should be spent learning and preparing for life. Obedience equals success. A child who does not learn to jump through all the hoops that society places before them will eventually end up a circus carney with three wives in four states and a rotten case of meth mouth.

Well. Speaking on behalf of the fourth grader I once was - don’t be a doodie head - I was not wasting time. I was optimizing it. When you daydream you are awake, alive, thinking about the things that concern you most. Especially as a child, you are doing what you can to milk the most out of every waking moment. Remember how hard it was to stop thinking when you were that age? My mind was a top that spun non-stop. I know this because once - around 4th or 5th grade - I sat in my bedroom and performed an experiment. I wanted to see just how long I could go without thinking anything.

“Okay, don’t think of anything.”

“Alright, I’m not thinking anything.”

“Nosiree bob. Nothinng at all is going through my minnnnnnnnndddddd.”

“Okay. I’m thinking of something. I’m thinking about how I don’t want to think of anything. So shut up and stop thinking. Do it! Total shut down of all cognitive functions in 5. 4. 3. 2. 1…”

“Stop it, already! Damn it! Your thinking again!”

“No that doesn’t count. You can’t make humming noises either.”

Yes. I am totally serious. I remember trying not to think of anything and having something like an electric whip crack shoot through my brain from ear to ear. It physically hurt. And of course it released the backup of babbling thoughts that normally coursed through my mind. I also used the f-word even though I was supposed to be too young to know it. What can I say, I was a quick learner.

Now? At forty five? I wish my brain operated that way. Nowadays it goes blank on the drop of a hat. Somehow, back as a child, I knew that the excitement and energy of the moment was not to be wasted, that someday I would grow up to become an adult, one of those ricketty wrinkly creatures whose lives did not look like much fun at all. From this point of view, my time was being wasted when it was spent learning how to do square roots by hand. And honestly, when was the last time you used a sine or a cosine in daily life? Once and only once, outside of high school, I found myself using a cube root. Ironically enough, it was for a role playing game which used a computer program to help calculate creature height from an approximation of mass. Even then, I didn’t perform the calculations behind the cube root. I just figured out that one was needed and the computer did the rest.

Which brings me to the matter of Escapism. It’s a tricky subject because the sad truth is that my teachers were right. With the exception of the guys in suits standing at the very top of the social ladder, people are rewarded for their obedience. Success in the adult world depends on the ability to go day after day to some mind-grinding job and do anything which is asked of them whether they like it or not. Those who do not conform to this reality usually end up pan-handling highway interstate exits (sorry kids, not everyone can grow up to be a circus carney). Of course, conforming to society’s desires doesn’t necessarily mean you won’t end up panhandling interstate exits either, but that is another topic for another time.

People need to escape. They need to spend their time in a way that makes sense to their inner selves. We call it wasting time but only as an appeal to social norms. In its own way, admitting that wasted time is actually being wasted is a groveling show of conformity to the grand design of social subjugation. It says, “yes I agree. I need to make some money to stay afloat and that is all that really matters, but the truth is my job sucks just as much as your job sucks and I need to have some fun or I am not sure if I will be able to continue performing my sucky job.”

So in its own way, escapism is a good thing. It helps society by empowering our own necessary conformity. Yet too much of it can be destructive and the world is filled with companies of people whose mind-grinding job is to provide it, often feeding like parasites off of the unhappiness of others. Actually, many of them are even worse than parasites since they don’t care if they kill their hosts or not. For the makers of malt liquor and mmorpgs it’s all the same game. Get as much money as you can out of as many people as you can and if you happen to destroy someone’s life along the way there will always be some other sucker coming down the pike to take that sucker’s place.

And that is why I support table top role playing games. Granted they are not completely off the hook. I think they often cost too much, move too slowly, can be cloyingly uncreative and make too many demands on the people who play them, but - solo modules be damned - you cannot play a tabletop RPG on your own. You cannot play them at work. You cannot play them on your cellphone. You have to actually gather with your friends and be social to make one work. You can, however, dream about them in the meantime. Which is as good a way as any to weather yet another boring board meeting that will ultimately add up to nothing.

Time should never be wasted. It should be spent wisely to get the most enjoyment out of life that one can possibly get, and if this means doing a little daydreaming while the man has you stuck doing something dull, boring or mind-numbingly mundane - then so much the better.

BTW, this post was inspired by two other talented daydreamers Jens D and VB Wyrde. Check them out sometime.
Posted by JD McDonnell at 12:23 PM