Damage or No Damage? 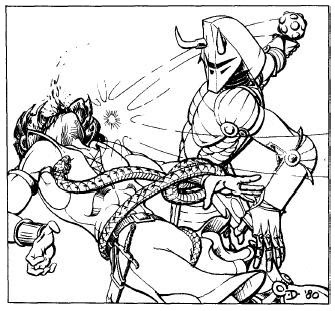 Alright, I’m stuck and could use some help. For the last few months I have been on a rules writing binge, working on the core rules for four exceedingly different games.

And most recently a new (and hopefully final) reincarnation of the Red EFT as a cooperative rules-light RPG. With the Red EFT there are (and has always been) two very important over-arching rules.

“What Seems Real Is Real” which basically means use your imagination to figure it out. And….

“The Game Master Is Always Right,” even when obviously wrong, which means the game master’s imagination is given the power to over-rule all others. The player characters may lead the game, but the GM has the ultimate say on what flies and what does not.

Those are not the problems.

Those are pretty much set in stone.

The problem lies in the damage system. As well as this clip of the Six Million Dollar Man fighting sasquatch.

Right around the 5 minute mark, Steve Austin - spoiler alert - rips Sasquatchs arm off to reveal that Big Foot is a cyborg much like himself. That is the crazy kind of thing I want to have happening. What I cooked up for it is the idea that when a fight breaks out, checks are made with a roll of the dice, the dice produce a strength and whoever rolls the greatest strength wins the battle and gets to describe the fight. This is the way the player controls its outcome. Limiting it is a strata of success determined by the difference between the two strengths. For an example....

Tied Difference = Steve and Sasquatch struggle but neither manages to beat the other.

Average Difference = Steve picks Sasquatch up and flings him down a hillside. 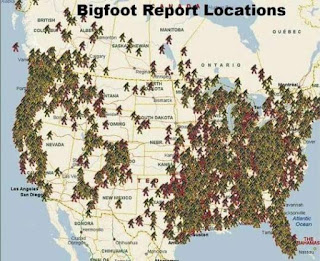 (hey, somebody's got to handle the menace)

When the attack roll is made we don’t really know what the characters are going to do. Should Sasquatch produce the greater strength, then it could be him tearing Steve Austin’s head off, or possibly beating Steve against a tree until his cybernetics start to shoot sparks.

All of that is fine too.

The problem lies in the damage done. Currently, the system I have in place has the player scribbling down a note of any serious damage taken and then being trusted to play around it as if it were real. When anything truly life threatening happens then a saving throw is made to see if this cannot be somehow changed.

The other option I have is to fall back on the original Wear & Tear damage system I designed a few years ago where characters have a number of damage points and five separate damage states (Active, Bruised, Crushed, Damaged, and Fubar) each of which makes it harder to operate. Attacks do a certain amount of damage which is them amplified by the strength difference. And it all works a lot like hit points.

In truth, I like them both. The first one is very versatile, but it requires trusting the players to treat their damage as if it were real in spite of having nothing more on the sheet than a reminder that it happened. Most people would slam the brakes right there, but the Red EFT is a cooperative game, not a competititve game. It is also one where you can easily run multiple characters, so it is not as if people will be vehemently cheating to protect their favorite Mary Sue. Hopefully.

The second method is cool too, except that it is beginning to slide back into that world of numbers and hit points and armor classes which I’m fine with in the Komo Dosr but I want to avoid in this game, possibly if only to have it be different. I mean, what's the point of creating two systems which are just going to mirror each other? On top of it all there is the problem of figuring out how much damage, “I rip your robotic arm off” actually does.

So which one would you choose?
Posted by JD McDonnell at 7:50 AM