This came from a discussion on Google+ where Michael Bacon was wondering about running a game of D&D as quickly as possible, primarily by removing the to-Hit roll and using just damage rolls. One thing snowballed into another and - well – here is my take (at least) on how B/X D&D could be run as fast as possible without breaking the thing into smithereens. So dig out your B/X books and play along kids! 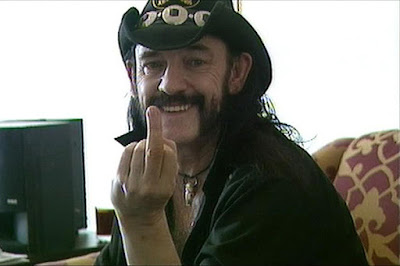 Everything remains pretty much as is with just a few changes.


Strength
Your Strength score provides a Muscle Power modifier or MP which works as you might expect. It provides a modifier for opening doors and doing damage with muscle powered weaponry (meaning everything except crossbows). We do increase its modifier by a point.

Encumbrance
Is not optional, but it is different and it plays off of your Muscle Power. Every 400 coins you carry reduces your MP by 1, even if this means turning it into a penalty.

Dexterity
There are no to-hit rolls so the missile fire adjustment becomes a damage bonus. However, you may not combine your Muscle Power with the Dex bonus. Use whichever one gives you the best bonus.

When range is a consideration, what was a to-hit roll is now a damage modifier. Short increases damage by +1. Long reduces it by -1.

Level Damage Bonus
No to-hit rolls? No problem! Characters gain a damage bonus based on their level.

Fighter Types (Dwarves, Elves, Fighters and Halflings) a +1 is gained for each experience level. A level 5 fighter gains a +5 on every damage roll.

Semi-Fighter Types (Clerics, Thieves) gain a +1 every other level.

Non-Fighter Types (Magic-Users) do not gain a bonus.

Monsters use their hit dice in place of a level, ignoring any add ons. A bugbear is a fighter type with Hit Dice 3+1. It gains a +3 on all damage rolls.

Weapons
Before the game begins, be sure to add together what you can so you know what to roll when the time comes. This means....

For a Battle Axe +2 in the hands of a 3rd level fighter with an encumbrance adjusted muscle power of +1 you would write down Battle Axe 1d8+6.

Reductive Armor Class
Armor Class is now reductive, meaning when you get hit you subtract your AC from the damage and anything left over it is taken as hit point damage. To make the conversion use the table below, B/X is on the left. The S/M value is on the right.

Pop or Reductive? If it was an easy choice you wouldn't be reading about both of them. Reductive is the current favorite, but it can easily lead to situations where a character is either un-hittable or too hittable. Pop point works well, guaranteeing that a creature can almost always be hit. Unfortunately, there is a huge difference between AC 1 and AC 2.

Exploding Dice!
Whichever AC system you choose to use, damage rolls should be allowed to explode, meaning that when the die rolls the best it can roll you get to roll again and add it in. If this second roll explodes then it will lead to a third roll and possibly a fourth, going off like a strip of firecrackers.

Clerics, Magic-Users and Elves still have the typical limit to the number of spells they can have ready to cast, but in Speed Metal D&D there is no limit to the number of times those spells can be cast.
There is, however, a chance that the spell will fizzle. For each spell cast roll a 1d20 hoping to roll under or equal to the character's Intelligence (or Wisdom if a cleric) plus the character level  minus the spell level doubled.

Since the only thing that is bound to change is the die roll, be sure to find your spell conjure scores before the game begins and write them next to the spell name on your character sheet. For the example: Fireball 14.

Initiative is found at the beginning of a battle and the same result is used round after round until a round passes where no one makes an attack. At that point the tide of battle may change so initiative should be rolled again.

Combat runs just as you might expect except no to-hit rolls are made. When your turn comes you simply point out the creature you are attacking and roll for damage.

Shmearing Damage. When it makes sense you should also be allowed to hit more than one creature at once (and they likewise), spreading the damage out like nutella over a warm bloody goblin sandwich. It is left up to the player to decide how much damage goes where.

Parrying Damage. In a similar vein, you can also use or reserve damage points for the purpose of parrying damage headed your way or in the direction of someone close to you. With 6 parry points you can stop 6 points of damage. The catch is that if you don't find something to do with your parry points by the end of the round they disappear.

Monster Rolls. The DM should be encouraged to consolidate die rolls. No one wants to wait around while two dozen orc die rolls are made. If the creatures all use the same die roll? Roll once and let them use the same outcome. Randomly rolling a series of numbers in advance works too.

Why Is This Better?

Speed Metal D&D moves faster, duh. First and foremost it uses just one die roll with no table to look at or number to compare it too. Less noticeable is how this also cuts down on gamey conversation. There is no, “what do I need to hit?” being asked. You just reach out and smack that bugbear. 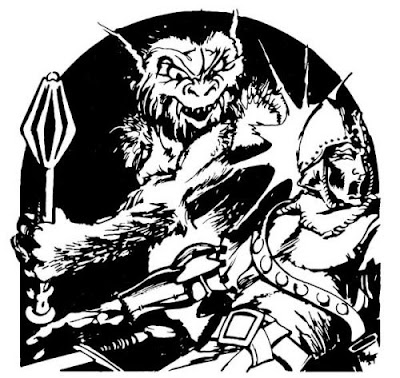 (And sometimes the bugbear smacks you back)

Whether you use reductive or pop armor class, the AC and all of its ramifications becomes something that the recorder of the damage needs to deal with and can be done quite quickly.

Last, but not least, Speed Metal D&D patches the somewhat awkward absence of a fighter's inability to do anything more than make one low-impact weapon attack per round. The fighter in particular becomes a damage generating machine, more meat grinder than meat shield and hopefully someone who will prove more useful all throughout the game.